in counseling at an all girls high school, i am constantly working with my clients on a few major themes:

with that being said, when i kept seeing this quote being reposted over and over again on instagram, i had to pause.  it resonated with me on so many levels – as a person, a woman and a counselor. 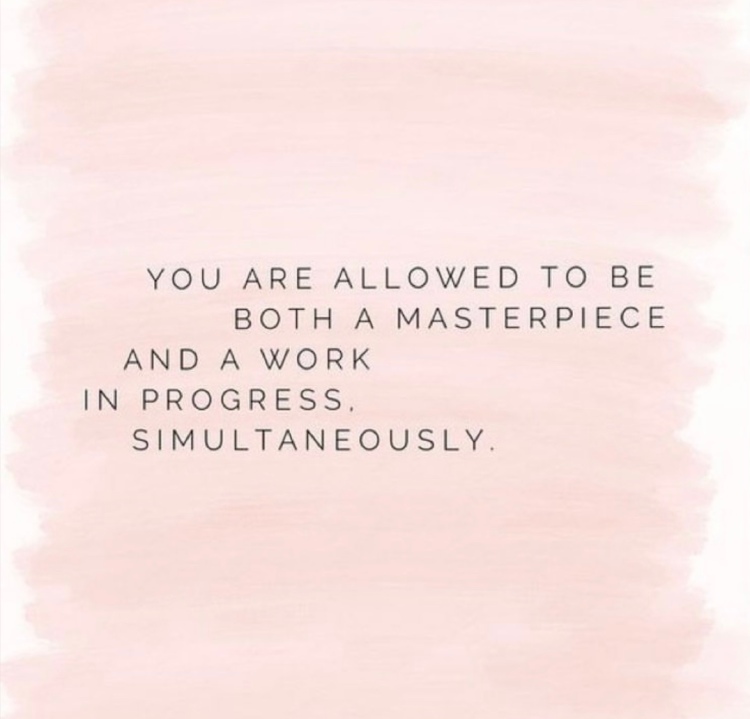 “you are allowed to be both a masterpiece and a work in progress, simultaneously.” -sophia bush

growing up, i always loved pasadena.  one of the pasadena traditions is the rose parade and sophia bush is the first rose queen i truly remember.  i just recall her seeming down to earth and loving her raspy voice.  fast forward a few years and i was going to high school in the pasadena area when one tree hill premiered – i was obsessed with the show and realized i recognized one of the main characters, sophia bush.  i watched every episode of one tree hill, even when went away to college.  something i appreciated was who sophia bush was off camera – there was something so genuine about her.  she seemed to be unapologetic about her evolution.  so, when i came across this quote not once, not twice, but at least five times in the last week, it came as no surprise that she was the woman responsible for it.

it is incredibly simple but incredibly important to acknowledge that it is totally possible to be both – if anything, being a masterpiece and a work in progress at the same time shows that while a person can be brilliant, that same person can be both open and excited to continue to grow/learn.  this isn’t only a mindset i am happy to adopt, it is one that each of my clients can greatly benefit from.

did you know you could be a masterpiece and a work in progress at the same damn time?