hey :). it feels strange having gone this long without posting (almost a week) but i am back!  for those of you following me on the gram, i was in boston.  i couldn’t help but hum “boston” by augustana as we were landing.

*this photo was taken as we were descending and the pilot cheerily announced that they were having “good weather” because it was a “comfortable 20 degrees”… i am clearly from los angeles because there was nothing about that sounded good or comfortable but i lived to tell the tale.  it honestly made everything we saw that much more beautiful.  it was like we were in a winter wonderland.

for the bulk of last week, i was chaperoning a group of amazing young women at the school i work at while they participated in harvard model congress, which is the largest congressional simulation conference in the world.  talk about an awesome way to empower young women and show them that they can truly be the change they want to see in the world.  we stayed at the sheraton in boston where the conference was being held and i would highly recommend this hotel.  there is an awesome fitness center, an indoor pool and an incredibly friendly staff.  the bar in the lobby on the first floor is a good place to go for a stiff drink and housemate potato chips to snack on.  the hotel is connected to the prudential center which is home to tons of amazing places to eat and shop such as eataly (my favorite market on earth), saks fifth avenue, top of the hub, aritzia and the list goes on.  the prudential center has easy access to the train station without ever having to step outside and is attached to copley place, an upscale mall with stores like bottega veneta, chanel, dior, etc.  it is the perfect place to stay, especially during the colder months if you are trying to avoid the elements.

my co chaperone made sure we got there a day early so we could do some exploring.  our first stop is a must if you find yourself in boston. 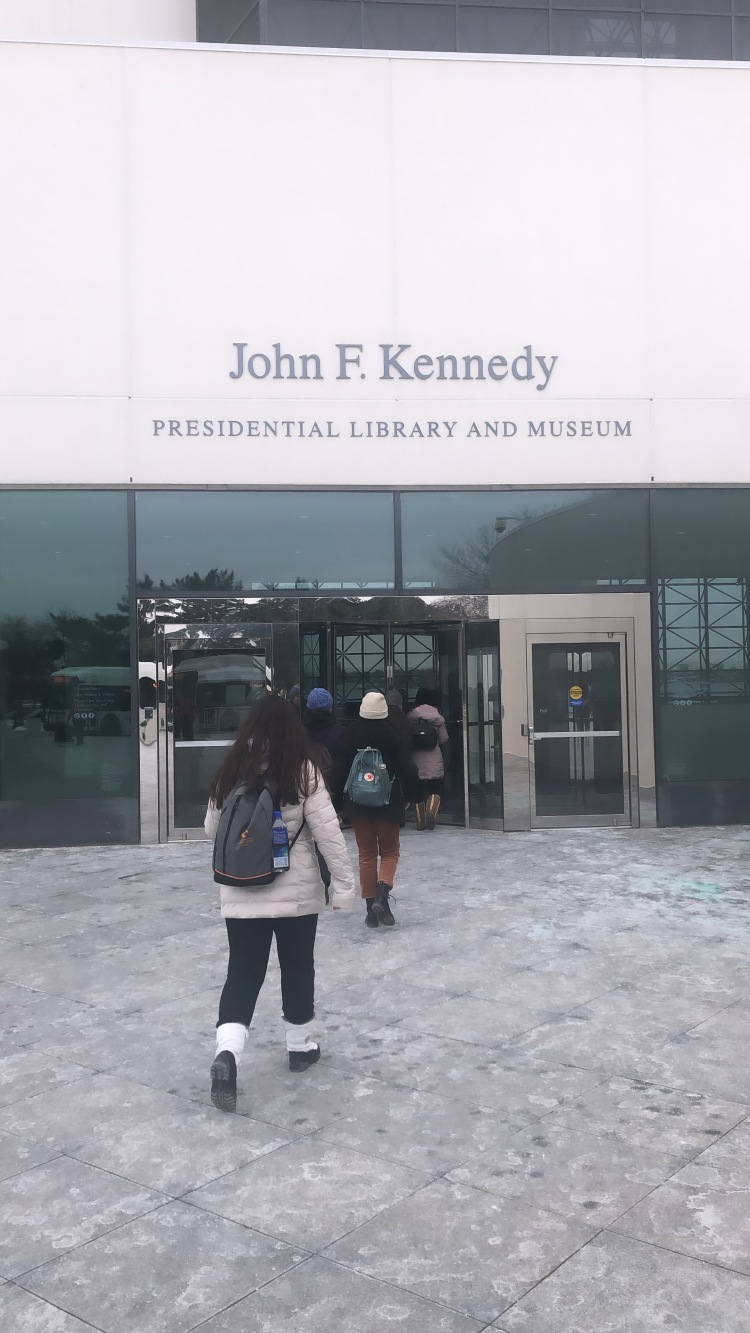 the john f. kennedy presidential library and museum is gorgeous and just rich with history.  i could not agree more with one of the guides who said that hearing jfk speak really highlights how incompetent the current president is.  he also commented on how sad it is that some of the same issues that were plaguing our nation in the 60s have either resurfaced or not really been addressed in the way that they need to be.  definitely made me think…

as if i was not impressed enough by the amazing pieces on the civil rights movement, there were so many beautiful pieces from that era in women’s fashion worn by people campaigning for kennedy and worn by jackie o. herself… 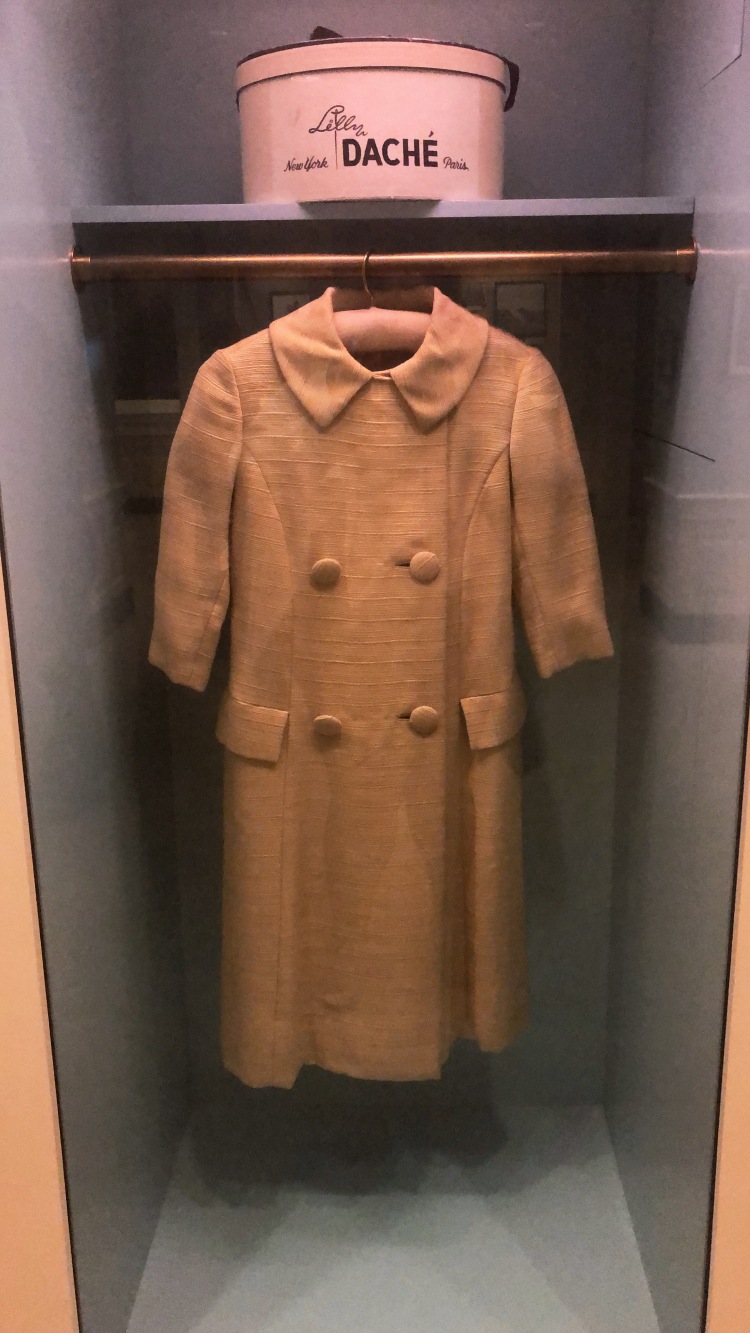 lastly, there was an entire section dedicated to ernest hemingway who is one of my favorite authors.  his impact on the 20th century is unparalleled (in my opinion). 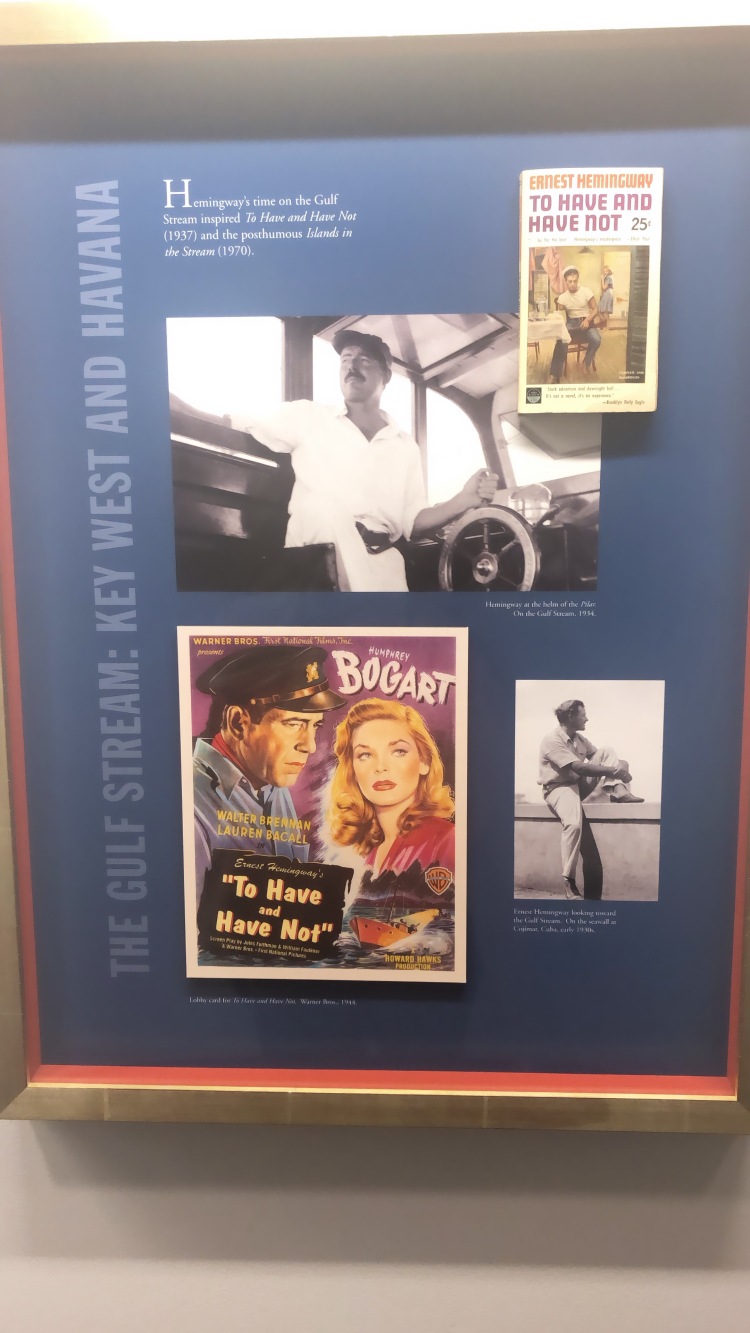 we trekked across town for lunch at quincy market.  part of why i love it is because there are so many options.  but since i was in boston, it seemed only right to eat a proper boston lunch courtesy of boston chowda company. 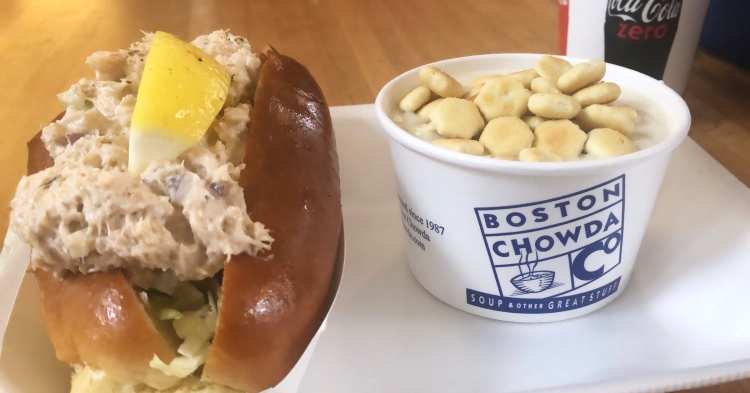 the next day, before the conference started, we took our girls on a harvard tour.  it was incredible to see the campus covered in snow and to hear our australian tour guide’s take on what it is to be a harvard senior studying political science. 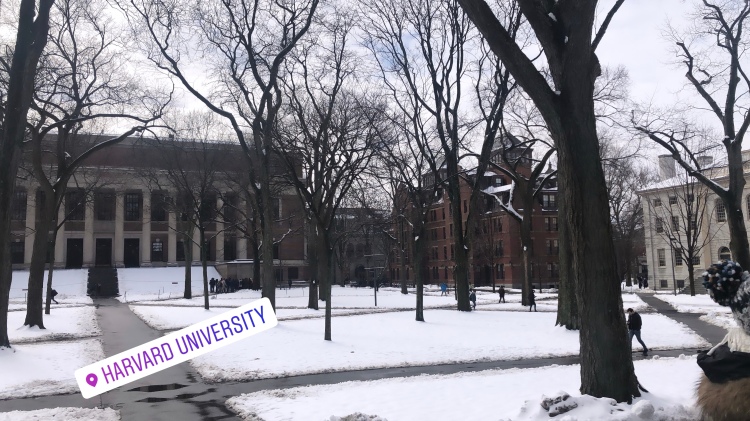 while it was amazing to spend some time with these wonderful young women, i was looking forward to my friend kendall coming to visit from new york.  even though we met in the bay, she has since moved to new york and we figured if i was going to be as close as boston, it did not make sense to not see one another.

our first stop was douzo.  when i stumbled across it on opentable, the reviews were outstanding and it was less than two miles from our hotel.  once we walked in, we saw countless awards on the wall and i knew we were in for a treat.  the cuts of fish were outstanding and everything was fresh and buttery.  our waiting staff treated us like royalty.  and the price points were more than fair for both the quality and quantity.

after lunch, we were looking for a place to cozy up with a cocktail and found ourselves at brownstone boston, literally 200 feet from douzo.  the bartenders were friendly, knowledgeable and hefty pourers.  when we got there around 3pm, there were probably 10 other people in the bar.  then, it cleared out entirely.  by the time 5pm rolled around, it was packed to the brim.  i could tell by the way the bartenders were interacting with the guests that many of them were definitely regulars.  with the quality of their service, it doesn’t surprise me that so many people return.

next, kendall and i were going to meet up with some of her friends from high school.  little did we know, the bar that her friend selected, top of the hub, was inside of the prudential center aka connected to our hotel.  first off, how thoughtful of her friend to not take us battle the cold any longer.  secondly, how amazing that we did not even have to leave our hotel.  thirdly, how insane that once i let the host know we were guests at the sheraton, we were seated at this floor to ceiling window (without a reservation) that had stunning views of the city?! 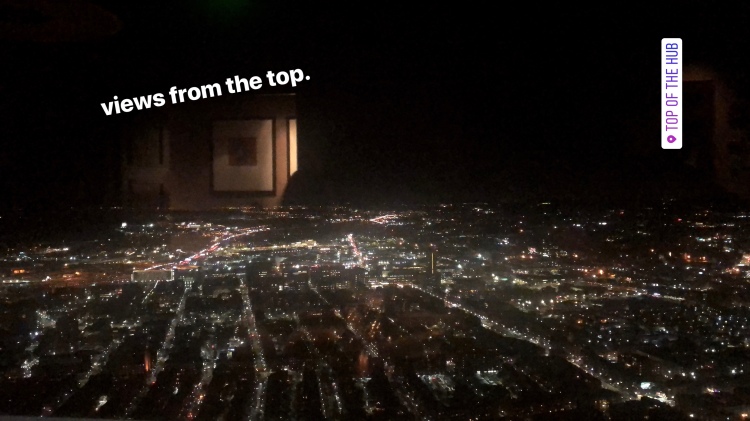 *this bar/restaurant is 52 floors above ground and they make delicious cocktails – i would highly suggest the melon spritz (it has grey goose melon, watermelon liqueur and sparkling wine)

since i was in boston primarily for work, i did not do as much exploring as i typically would when traveling.  i know kendall said a place she would recommend for a good spicy margarita and a cool vibe is lolita cocina and tequila bar.  that is definitely on my list for next year.

do live in/have you been to boston?  what are your recommendations?  let me know below.