for years, i have wanted to attend the veuve clicquot polo classic.  and yearly, i had to turn it down due to grad school or work commitments.  here’s the odd thing: i never even knew that there was one on each coast.  i had only ever seen my friends post about the one in la.  then, earlier this year, when i was looking into purchasing tickets, i saw that there was one on the border of new york and jersey.  being that one of my favorite people from undergrad, teki, had recently moved to new york and i was overdue for a trip there (hadn’t been since march of 2017), i figured it would make more sense to make a trip of it.  and let me tell you, i am so glad i did.

**this little black off the shoulder dress i am wearing is by city chic and can be found at nordstrom for under $100 – a true steal. it was breathable and perfect for the event.  i plan on getting this in a few other colors/prints!

even though the gates to the event officially opened at 11am, i wouldn’t consider any of the girls in our group to be morning people.  we decided that the best place to meet for brunch (and a little pregame) at our friend jasmine’s apartment.  we had not seen each other since summer of 2017 – it was right when i wrapped up grad school and moments before she moved to new york.  it is insane how quickly time flies.  as soon as we saw one another, it was as if we had just seen one another.  she hosted the most amazing brunch.  a couple of bottles of champagne and iced shots may have been served in addition to the deliciousness you see below.

we arrived around 2pm via ferry.  if you are someone who gets seasick, this is definitely something you need to know about.  the ferry was incredibly rocky but the ride was short.  the walk from the dock to the entry of the event is about 20 minutes are so.  if your plan is to wear heels, i would highly recommend packing a flat as well.  it will make the walk much more bearable. 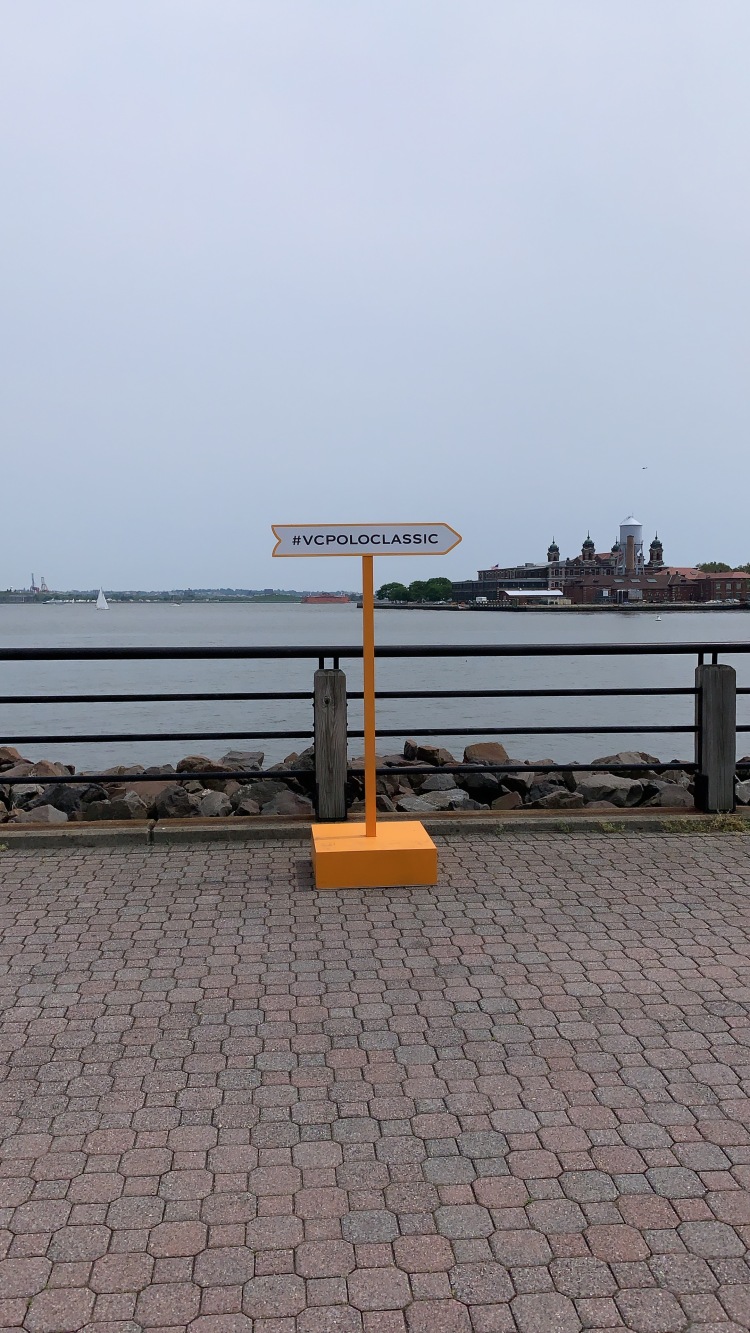 as soon as we got inside, our first mission was to find inny.  leslie and i met inny while we were in spain for elisa’s wedding.  it was great to reconnect and she also took some great photos of our group before she left for the day.  she is truly a gem.

*leslie and i with inny! 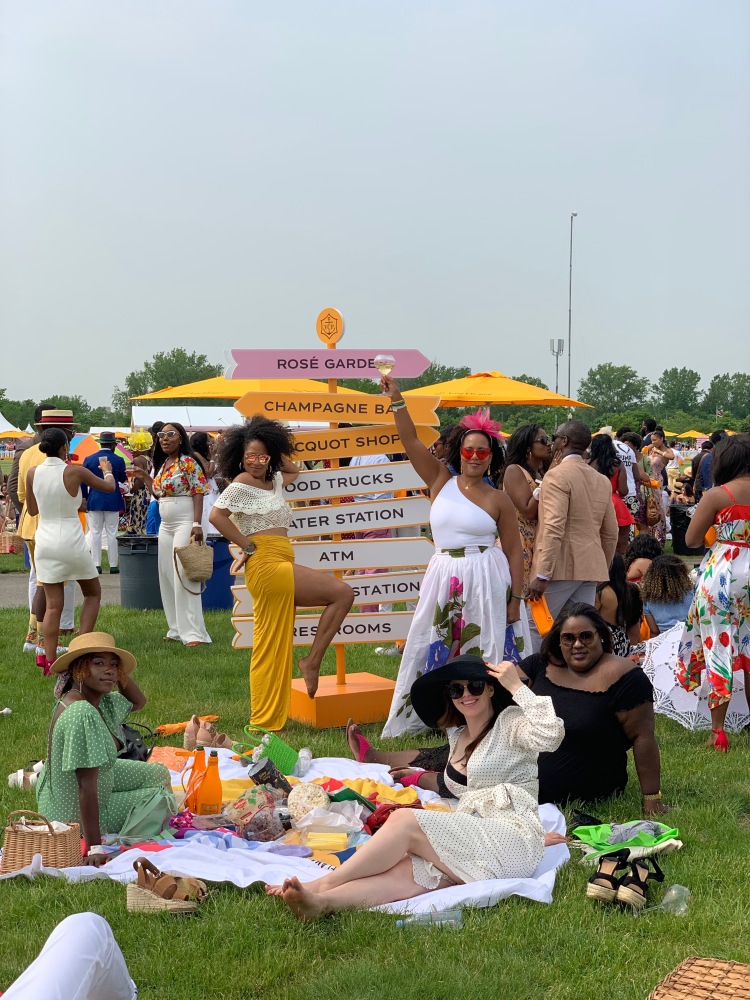 *clockwise starting with me – jasmine, mandy, leslie and teki

a few of us set up our little picnic area while two of the girls went to go grab our first two bottles of champagne.  now, initially, i thought about getting a table in the rose garden but after realizing that i did not fully know what to expect and looking at pricing, we figured we would try general admission.  our tickets were just under $100 each and it was worth every penny.  i would absolutely do it again and did not feel like we missed out on anything.  we were in close proximity to the dj and danced freely.  we met a ton of amazing people and also reunited with old friends.  we consumed bottle after bottle of veuve in prime weather conditions.  we reminisced about old times and talked about life and love.  we were surrounded by so many beautiful people of color in outfits that were absolutely to die for.  we kicked off summer in the perfect way. 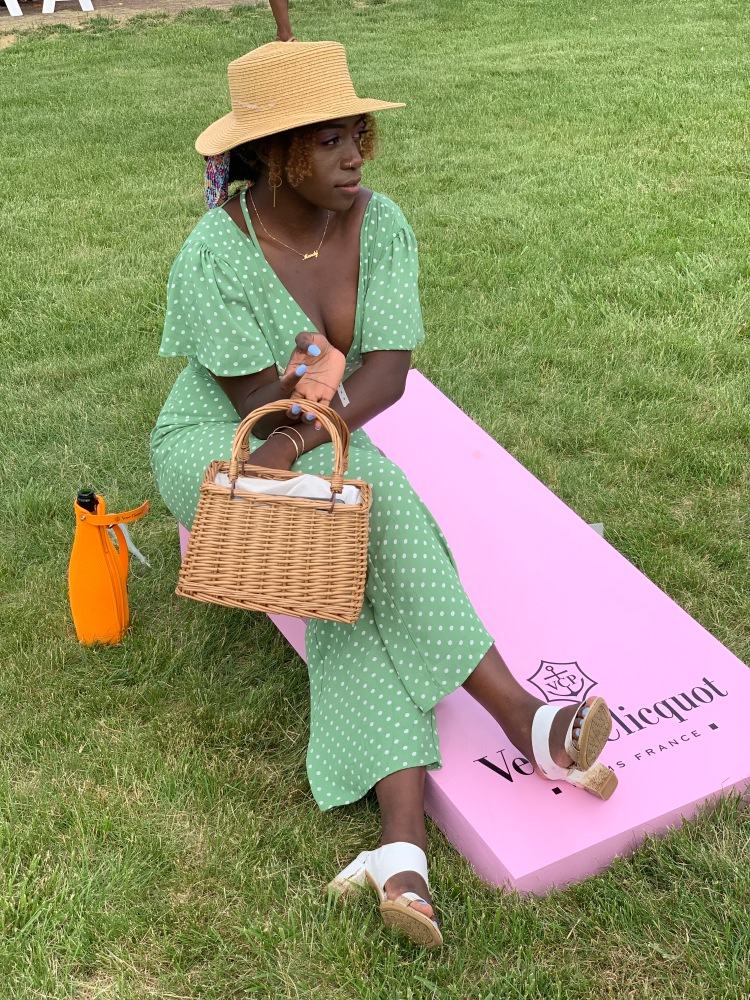 *can we just take a moment to admire mandy’s amazing jumpsuit and flawless skin after getting literally no sleep the night before – how is this goddess even real?!

before we left, we had to get a couple of shots in front of the gorgeous flower arrangements: 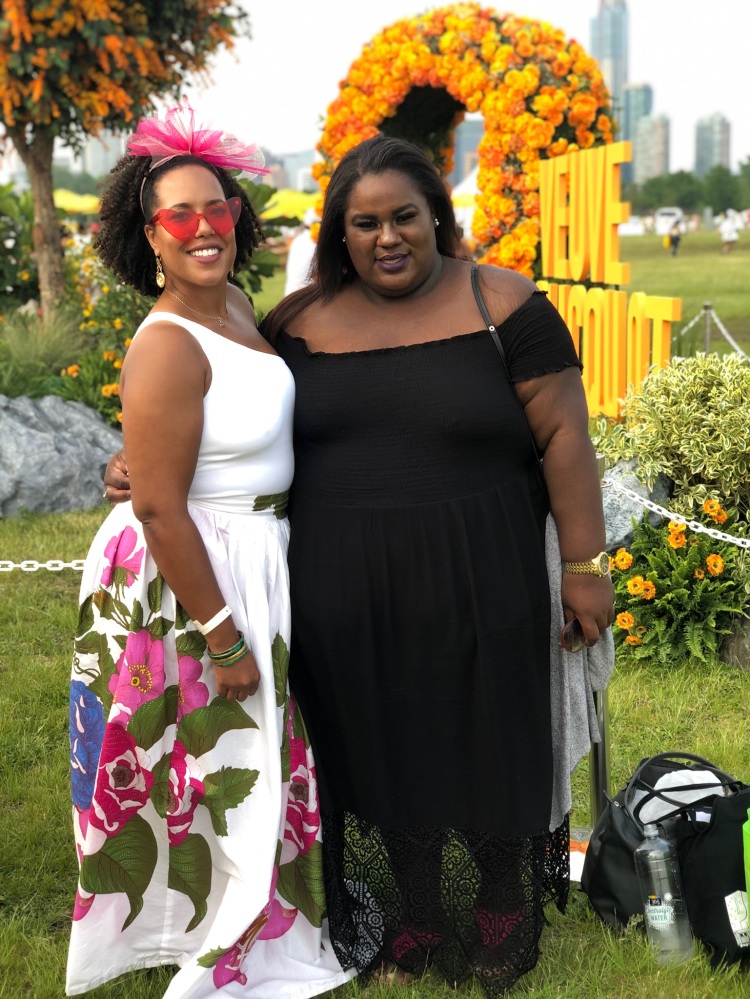 oh – i am sure you are wondering where the shots are of people playing polo.  i literally had to steal a video a friend took because i had no interest in watching the actual match.  it was starting right when we arrived and i was more concerned with popping open our first couple of bottles and finding an area to stake out.  i have absolutely no regrets.

would i go again? absolutely.  the east coast veuve clicquot was so extraordinary that i am almost afraid that i won’t love the la one as much.

most of us went out afterwards.  i cheated and went to teki’s apartment to take a bath before rallying until 7am.  rallying was well worth it since the bar teki and leslie recommended ended up being the hot spot that night – so hot that michael b. jordan ended up being there later that night just a few feet away from us. and yes, he is just as dreamy in person and was incredibly gracious/humble with the wait staff – how could you not just love him?

the veuve polo classic was amazing.  new york treated me well.  the best part of it all is who i shared the weekend with.

have you ever been to this event in la? ny? both?  if you are on the fence and have questions, don’t hesitate to let me know.